TCO’s Girl’s 1st Division Team who has dominated over the past two seasons, going undefeated in all pool play, loses a heartbreaker to Arhus 1900 last Saturday in the bizarre Golden Match Tie-Break format.

After yet another undefeated season in regular match play, where they have dominated all opposition for two seasons, our girls 1st team lead by two players both under 16 years old in Sofie Uldall (16) and Agnes Ditlev (14), take Arhus 1900 down the very last match on Saturday to break the tie.

Number 4 Singles
Ida Nilsson who stepped up to play number 4 after our entire second team was unavailable this past weekend, lost a hard fought match at number 4 singles to put the overall score at 0-1 for Arhus 1900.

Number 2 Singles
14 year-old Danish National Doubles Champion and DTF number 3 ranked, Agnes Ditlev easily dispatched of her much older and more experienced opponent to even the match at 1 match all, as TCO clinched the number 2 singles spot with a 6-3, 6-3 win in convincing fashion. Score now 1 – 1 in matches.

Number 3 Singles
All eyes turned to Tamara Hassan to secure the TIE, as she had taken the first set easily before dropping a tight second set which Tamara had every opportunity to win. Tamara dominated her opponent in the match tie-break to secure the 2-2 tie going into the doubles matches.

Doubles
As a tactical move to secure at least one (1) win in the doubles, Coaches Bill Eastburn and David Gabra decided to split up the teams and put all pressure on Number 2 Doubles, who for this match was Agnes Ditlev and Tamara Hassan. After TCO dropped the match at Number 1 Doubles, where Sofie teamed up with Ida, Agnes and Tamara literally toyed with their opponents for a 6-0 first set that saw superior doubles play from the TCO girls. Second set much of the same, as TCO girls take quite easily at 6-4 to secure the TIE FOR THE OVERALL MATCH AT 3-3, FORCING THE BIZARRE PRACTICE OF THE “GOLDEN MATCH TIE-BREAK” TO DECIDE IF TCO ADVANCES TO ELITE.

As Arhus 1900 wins one (1) more set then TCO during all matches played to this point, they get the first choice in eliminating one of the matches that they do NOT want played of the 6 matches (4 singles and 2 doubles). Through the process of elimination likened to that of “penalty kicks” in football, all eyes turn back to NUMBER 1 SINGLES where TCO’s Sofie Uldall is given the responsibility of securing the overall win for TCO in a 10 point match tie-break to the same player she lost to only a little over an hour ago.

In what turned out to be an epic battle where Sofie actually led 8-7 in the match tie-break, only two points away from moving TCO into the Elite Division, Arhus 1900’s Katrine Bjerrehus was simply too poised and too experience later in the tie-break and secured the victory for Arhus 1900 at 10-8. It was a battle that Sofie should be proud of, as her supportive team mates and coaching team watched proudly from the sidelines.

A note from the Head Coach, Bill Eastburn…
“I could not be more proud of a group of young girls who battled hard today against an older, more experienced and more competitively ready team in Arhus 1900.

Arhus 1900 had the advantage of playing quality teams in the Elite Division all season, while our girls have never been pushed in the last two seasons, other then in the last play-off match for Elite Division last season. Our young girls showed their competitiveness and fight by pushing the match to the final two points – it could not have been closer, literally. Two points in a match tie-break separated us from advancing to the Elite Division.

I was very impressed by the competitiveness and level of play of both Agnes and Tamara, as they won singles matches against older and more experienced players who have had the advantage of consistent competition throughout the season. Agnes controlled her opponents in both singles and doubles, and showed why she is one of the top 2 to 3 players in the country in her age group, and by far the best doubles player her age in Denmark. Tamara finally had the opportunity to play a quality opponent at Number 3 and showed why she was was of Egypt’s top junior players in years past, but also why she could just as easily play number 1 for our TCO team that is completely inter-changeable, with all three girls capable of winning at Number 1. Sofie Uldall showed a level of poise and maturity that I can honestly say I have never been more impressed by, or proud of. Sofie managed an almost unmanageable situation of having to play a match tie break with all the pressure on her, to a girl she lost to only an hour or so ago. Not just that, but by actually putting herself in a POSITION TO WIN the match tie break, managing the pressure in way that most all young Danes I have seen simply can’t manage. Hats off to Ida Nilsson who showed her commitment to her club and her team mates by making herself available to come up from being a second team alternate to supporting her team mates at the Elite level. I can say openly and honesty that her team mates were impressed by her fight and poise at a level she is far from accustomed to. Commitment to her team and to her club, along with a “no excuse” attitude are only a few of the reasons why Ida has been one of my favorite players at TCO to work with over the past two years. And finally, a huge thank you to TCO Lead Coach, colleague and friend, David Gabra, who gave up his Saturday without hesitation (once again) to play a major part in the success of our girls. David’s value to TCO goes greatly unrecognized by many but not to his coaching team, the players he works with and most of all by me. 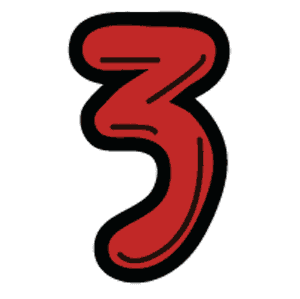 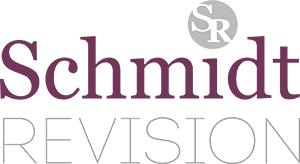 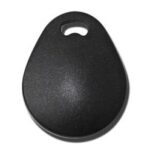